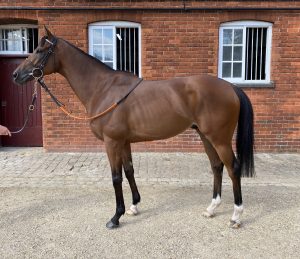 Aspetar is from the first crop of Al Kazeem, he is from a family that has had good results. It derives from Souk, notable members are Puce, Pongee, Prudenzia, Chicquita and Golden Sword. Another daughter Shouk is responsible for the 2006 champion filly Alexandrova, the Cheveley Park winner Magical Romance, Washington Irvine and Masterofthehorse. Bella Qatara (Dansili) ran four times in France winning at Pornichet-La Baule over 10.5 furlongs, she is out of Alexandrova.

He made his racecourse debut as a three year old at Windsor and won it comfortably going on to Goodwood for a Listed race in which he won by a length. As a four year old he was the winner of the ‘Grand Prix de Chantilly (Group 2) and the winner of the ’57th Preis Von Europa’ (Group 1) at Cologne. As a five year old he has won the ‘Sky Bet York Stakes’ (Group 2). He is a horse that likes good ground but is also able to handle the softer side. 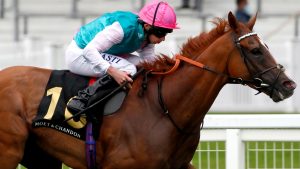 Blue Mist is a half-brother to Countermeasure who spent time as Time Test’s pacemaker. This is a family developed by Juddmonte from one of their foundation mares Bahamian recently best known for New Bay.

He handles soft ground and is arguably a better horse on a straight track rather than a turning right-handed one like Kempton. An impressive winner at Ascot in October 2018, he finished second behind subsequent Cambridgeshire and dual Listed winner Wissahickon over ten furlongs at Chelmsford in August 2018. As a four year old he finished 3rd in the ‘Moet & Chandon International Stakes’ and a year later he came back to win it as a 5 year old. 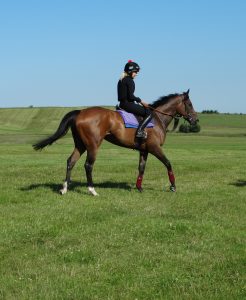 Casual Reply is from the family of Regal Parade, she has an attractive pedigree and has done a lot of growing. She made her racecourse debut as a three year old and placed 2nd on her first two runs. On her 2nd start she finished just behind Pianissimo who has since won the ‘Weatherbys TBA Handicap’ at Chelmsford. 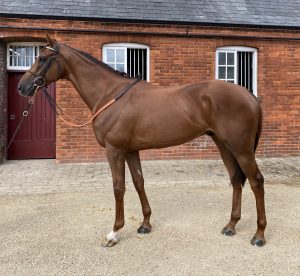 Extra Elusive is from a family well known at Beckhampton through the likes of Cityscape, Bated Breath and Scuffle. The dam Nessina is a half-sister to their dam Tantina and was bought by Tony Nerses for Blue Diamond Stud at Tattersalls December Sales carrying her first foal Ajaya who won the G2 Gimcrack Stakes. 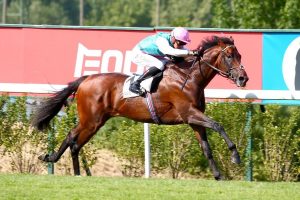 Headman comes from Juddmonte’s family of the moment and he is from the first crop of Kingman. Headman’s dam Deliberate is a half sister to Flintshire  and the second dam Dance Routine is a full sister to Concentric the dam of Enable. Deliberate won at 3 in France and has bred three winners from four runners.

A big imposing colt with a lovely action, he looked very impressive when winning on his debut at Newcastle as a two year old. As a three year old he was the winner of the ‘Al Zubarah London Gold Cup Handicap’, the ‘Prix Eugene Adam’ (Group 2) at Saint – Cloud and the ‘Prix Guillaume d’Orano Haras Du Logis Saint-Germain’ (Group 2) at Deauville. 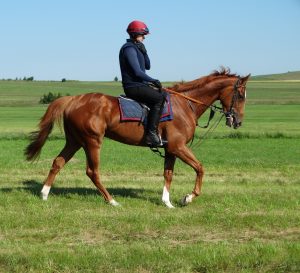 Imperium is a big scopey horse that is well bred being by Frankel out of an Oaks winner. His dam has produced Flying Cross who was third in an Irish St Leger. He was a horse that needed time and after having ran three times as a three year old he had two months before making his handicap debut. He won his handicap debut at Kempton and then went on to finish 2nd at Lingfield behind a more experienced horse. As a four year old he had his first run of the season back at Lingfield in which he won.

The dam has bred three winners including Future Generation 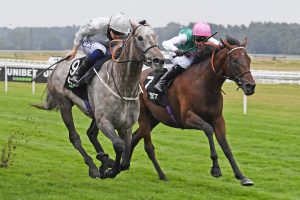 Tempus A half-brother to Time Test, lightly raced but currently 3 wins a 2nd and 4th out of a total of 5 runs. His first run of the season as a four year old he won the ‘Unibet You’re On Handicap (Class 2) at Newbury. 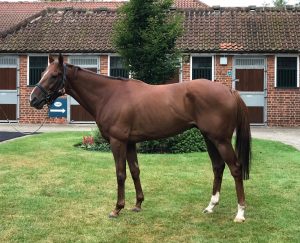 True Destiny is out of Holy Dazzle who won twice in France at two over 7 furlongs and was placed in the Prix Imprudence (G3) and Prix Miesque (G3). This is her first foal and was purchased from Tattersalls Book 1 by Charlie Gordon Watson. He broke his maiden title as a 3 year old is October 2018 and soon followed it up with another win in November 2018. He was a multiple winner at 4 years old as well as finishing 3rd in the ‘Unibet Goodwood Handicap’. As a 5 year old he finished 3rd in the ‘Marsh Cup’ at Newbury with less than a length between him and the winner.

Trust The Dreams is by Farhh, who has had some good results notably with the likes of King Of Change Gr.1, Move Swiftly, Nocturnal Fox Gr.2 and Dee Ex  Bee Gr.3, the dam is by Sadlers Wells out of a Danehill mare. 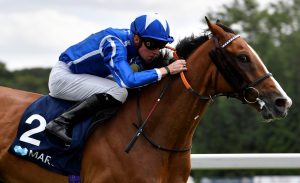 Withhold was bought by Tony Bloom at Tattersalls Horses In Training Sale. He was previously trained by Charlie Hills and ran eight times  winning twice, over 1m 5f and two miles and being placed four times. He is from a Juddmonte family that traces back to Slightly Dangerous.

He won the Northumberland Plate at Newcastle on his reappearance and the rest of his season was geared towards the Melbourne Cup. Unfortunately, he broke a blood vessel in the Geelong Cup in October which ruled him out. Given a break since returning from Australia, we have to manage the situation. All in all, it was a very frustrating season. He has since won the ‘Jockey Club Rose Bowl Stakes (Listed Race). and the ‘Gloriously simple With MansionBet Further Flight Stakes (Listed Race).

Win O’Clock gets his 4th win of the year

Yesterday we sent out Win O’Clock to Leicester to run in the ‘Sir Gordon Richards Handicap for owners Kingwood Stud Management Co Ltd. It ended up being a two runner race on heavy ground over 1 mile 4 furlongs. He jumped off making all and was shaken u …